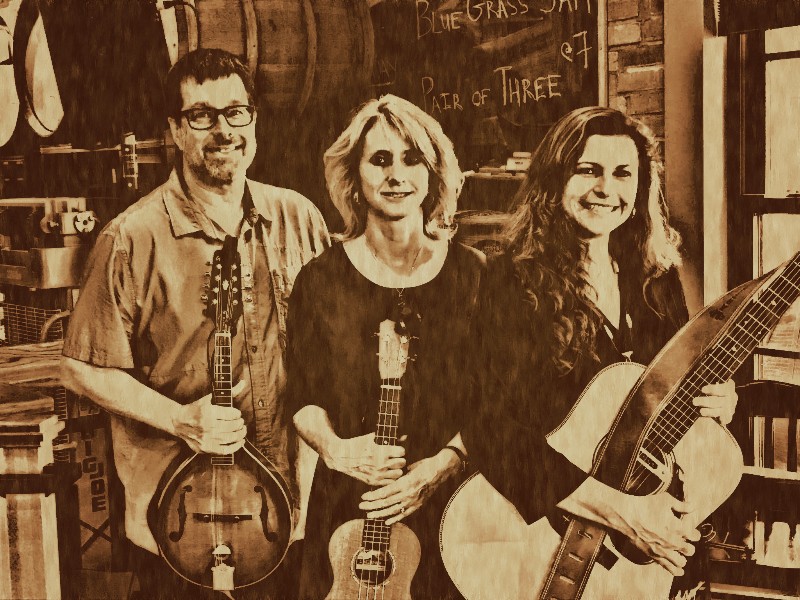 Ani Espriella and Gaynor Nelson first began playing together in 2012, at Ghost Ranch in Abiquiu, New Mexico. They continued as a duo until asking third member, Rick Tisinai to join them in 2013. They began working at art opening events and moved on to small club venues.

Make Reservations for dinner and Pair of Three

Memories of the good life